Well said. And I rather suspect that the core of the matter is deeper than Culture – and that would be an extended conversation. But it is certainly not about rule change and redesign, I think.

Right on, as your imminent study of evolutionary psychology will confirm. I reckon we don’t have time for evolutions in our Pleistocene genome to catch up to (and get ahead of) our impact on the planet, so we’re just gonna hafta run what we brung. That means cultural engineering and we already have been shown how to do it by the Oligarchy. What’s it gonna take to shift the values-balance from hegemonistic concentration at any cost to something closer to sustainability? But then, that’s a whole ‘nother conversation barely touched-on in the message below…

END_OF_DOCUMENT_TOKEN_TO_BE_REPLACED 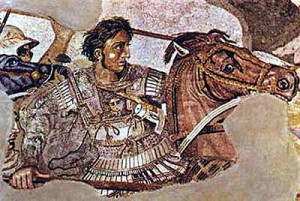 Among his contributions here:

Graphic: Intersection of Man and World

Graphic: Intersection of Man and World

I offer here a cautionary note in three areas.

First, Robert, I get that you have a prior commitment to electoral reform, and that’s your proprietary thing close to your heart. I note that when you write about it, when you present its rationale and its principles, they are cast in terms of values that are rooted in culture. Your overriding conversation is cultural; yet the proposed solution is social. There is a distinct layering of effective content and influence in our human world; without understanding that layering one is lost at trying to make sense of that world. That is one reason (of many, but this dissonance is fundamental) so many would-be “change agents” are so ineffectual.

To begin to try to start to introduce you to entering into an initial exploration of what in conventional Cartesian terms is a hierarchy of powers (but which is is actuality a holarchy), I am attaching a file that is not a literal sequential exposition of that holarchy (and I recommend you look up that notion for starters, as it is one of the conceptual keys to liberation from our conditioning), a pointillistic file that is a series of illustrations and reminders of structural relationships to support an actual internal conversation in mental-and-emotional real-time, and not a lesson in and of itself. It has not the slightest pretension to being complete. The concepts therein are a visitation from a different paradigm, and cannot be learned through reasoned discourse from within our established mental frameworks, only experienced gradually such that the old paradigm is subsumed into a larger awareness that leaves it behind like counter-intuitive Einsteinian relativity and quantum physics have “left behind” the more-mechanistic and less-sublime Newtonian and Cartesian world-view.

The reason I distinguish between the cultural and social levels in this context is that making new rules (social level) won’t change people’s net overall behaviors, only new core motivators (cultural level) will. After all, the old rules haven’t worked in our present configuration, why would just changing to new ones work without other shifts? New rules alone is like putting lipstick on a pig, like building a house on sand, and a classic case of legislating (a social tool) morality (cultural values). Famous, in all cases, for not working, as values (for good or for ill) will always find a way around, under, over, or directly through rules. We’ve seen it a gazillion times.

END_OF_DOCUMENT_TOKEN_TO_BE_REPLACED

If you do nothing else, please consider reviewing the many contributions by Tom Atlee via the first line in Part IV: Related Recommended Reading,

AC: And add this from Charles Hugh Smith to the list:

Dave Cohen on Job Prospects in the Bubble Economy, looking for a technological driver:

And this for those still trying to believe in the “enlightenment model,” some lowest-common-denominator and somewhat overstated evolutionary psychology:

Ian Charles, Conscious Robots: How We Make a Decision

And add this about computer gaming:

How Videogames Are Changing the Economy