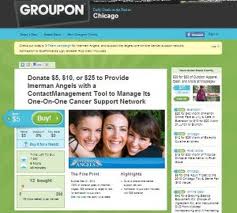 Not many know that GroupOn, Andrew Mason‘s initiative funded by Eric Lefkofsky, started as Policy Tree “Taking People Out of Politics”.  Citizens were not interested in Policy Tree back then for two reasons: the outrage at mortgage fraud, Wall Street derivatives fraud, and Federal Reserve fraud had not peaked yet, and the power of GroupOn to move markets and nations had not been demonstrated.  Now that GroupOn has turned down Google’s offer of six billion, there is no doubt.

Put simply, GroupOn now has more power than George Soros, to take one example.  GroupOn can:

1)  Publish true costs for any product or service that is seriously harmful to all of us, and kill it.

2)  Publicize a product or service that is good for the community, and make it a standard.

GroupOn has done what all others have failed to do: harnessed citizens in the aggregate.  They have just begun.  When combined with the emergence of digital natives as a political force whose outrage is now maturing (see Jon Lebkowsky’s “The Kids Are All Right“), GroupOn is the game changer–not MoveOn.org, not No Labels, not Americans Elect, not IndependentVoting.org–all “old” models dominated by apparatchicks and not at all open to the collective.  GroupOn.  As in Group ON, dude!