I am a co-signer of the below letter to the President of the United States of America from Veteran Intelligence Professionals for Sanity (VIPS), as delivered yesterday and also posted in ConsotiumNews.com by Robert Parry. A better more truthful book, albeit fiction to avoid the legal bru-ha-ha, is Broken!, a story of torture and treason far closer to reality than the version offered by the perpetrators themselves.

MEMORANDUM FOR: The President

END_OF_DOCUMENT_TOKEN_TO_BE_REPLACED 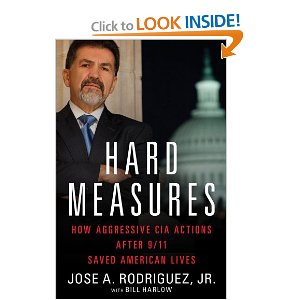 As a memoir of time in the CIA bureaucracy and occasional righteous deeds in the field, the book is a must read along with a handful of others by former case offices of stature-no one denies the stature of the primary author-I do question the role of the second author. Unfortunately, the author himself may not realize the falseness of the context, the premises, the claims, the reports, and the ethics surrounding rendition and torture. All I can do is point this out and hope that readers will take the time to reflect and read beyond this book.

I am a former clandestine case officer from the Latin America Division, and among those from CIA, including former Director Stansfield Turner, case officers Robert Bauer and Vince Cannistraro, and many others, who signed the letter to Senator McCain against torture.

Real professionals, which is to say, not the Ollie North’s of CIA, know that torture does not work. Anything in this book that says it does, and that leads came out of torture that were important, is in my independent judgement a lie-perhaps not a deliberate lie. The primary author was so far removed from the ground reality as to be unwitting of the lies being told to him by contractors and case officers who sought only to improve their “record” without regard to the truth or the consequences.

Anytime there is an argument over whether something is torture or not, it is. This will not be understood by the loosely-educated who lack an appreciation of ethics and the strategic value of morality.

Dick Cheney committed over 20 impeachable crimes (I itemize them in my review of Vice: Dick Cheney and the Hijacking of the American Presidency, while also telling 935 now documented lies. The primary value of this book may be in clearly identifying the author as an enabler of Dick Cheney’s crimes and lies, and a subject for future investigation if the USA ever gets an honest government again.

The CIA is an empty shell, with child analysts and no bench in the clandestine service. This is one reason DIA is working so hard to create its own “Class A” clandestine service, but sadly, DIA is turning to the same low standards that CIA has had all these years, and will be hard pressed to get much beyond its present standard for clandestine operations, “push ups done silently.”

I love books and I love the truth. I have written, edited, and published nine books on intelligence so far, and believe with all humility that I am helping set the gold standard for what ethical intelligence could and should be. In my personal opinion, this book demeans everything that CIA, the US Government, the Constitution, and the Republic should stand for.

You can find almost all of my reviews on books about intelligence at one single consolidated list easily found by searching for the phrase below (all reviews lead to their respective Amazon page). Buy something other than this book — it shames us all and does no service to the craft of intelligence.

Here are nine other books [Amazon has a ten link limit]-the first two show CIA at its best, the rest at its normal worst.

A Spy For All Seasons: My Life in the CIA
Jawbreaker: The Attack on Bin Laden and Al Qaeda: A Personal Account by the CIA’s Key Field Commander

Legacy of Ashes: The History of the CIA
See No Evil: The True Story of a Ground Soldier in the CIA’s War on Terrorism
Devil’s Game: How the United States Helped Unleash Fundamentalist Islam (American Empire Project)

Dark Alliance: The CIA, the Contras, and the Crack Cocaine Explosion
BLOND GHOST
Someone Would Have Talked
Spying Blind: The CIA, the FBI, and the Origins of 9/11

Robert David STEELE Vivas
ON INTELLIGENCE: Spies and Secrecy in an Open World