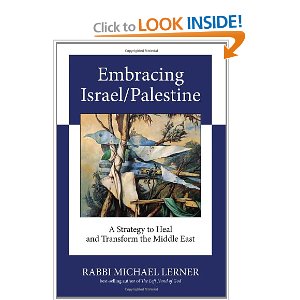 1. On first impressions the book is a major slam. The author and publisher have collected some of the most serious testimonials possible–better than any I have seen on a book of this type.

2. Ten chapters, each chapter at least five segments, means over 50 “snapshots, each easy to digest–my only disappointment with this book is that it fails to provide maps at key points. My favorite book in this regard is Nelson’s Complete Book of Bible Maps and Charts, 3rd Edition.

3. I cannot do this book justice. The first and most positive impression I get halfway through the book is that this is a Cliff Note’s for smart busy people, boiling down history, philosophy, and putting everything in a sensible context. I dismissed the religion requirement in college, now I am finding that religion is “core” to everything I encounter and if I had to do it over again, would take multiple religion courses as part of my liberal arts education. Certainly this book is a phenomenal offering for any student of any age, as well as adult continuing education.

4. Put bluntly, this book skewers the Zionist hypocrites by name, by government, by time period, by deceptive “offering.” This is not a book that does the same for the Palestinians, I certainly would like to see such a book that could also in passing skewer the Arab dictators as well as the European “enablers” that have made it possible for so much genocide and so many other atrocities to occur for so long in Palestine.

5. The book ends with six strategies, a deeply spiritual and totally practical final chapter on values and emancipation, a section on questions and answers, and an appendix on resources for peace.

6. What I had NOT expected at all, was the RADICAL itemization of ideas from the Bible that are not radical as much as they are FUNDAMENTAL, and including to my enormous surprise, both the seventh year sabatical with debt forgiveness, and the fifty year jubilee with total debt forgiveness across the board. These two–and everything else about this book–make it as timely as one could wish for dealing with the global financial crisis that boils down to corrupt banks eating corrupt governments.

7. I have to read this book again. Being nagged (comment below) led me to rush this out, mostly to honor the author and the spirit of the ideas in this book, but this review is shamefully inadequate–I need to do for this book what I did for Daniel Elsberg’s Secrets: A Memoir of Vietnam and the Pentagon Papers, create a table with key points, keywords, do a sort, and then write a summary. I fear I will not get to that anytime soon, so this is my best for now.

Other books I have reviewed and recommend along with this one:

Poets For Palestine
Surrender to Kindness: One Man’s Epic Journey for Love and Peace
Philosophy and the Social Problem: The Annotated Edition
Lessons of History 1ST Edition
Consilience: The Unity of Knowledge

1. I got to know the author by reading his earlier book, Left Hand of God, The: Healing America’s Political and Spiritual Crisis one of a handful of truly brilliant books on religion that are included in my online list at Phi Beta Iota Worth a Look: Book Reviews on Religion. Jim Wallis’ God’s Politics: Why the Right Gets It Wrong and the Left Doesn’t Get It is another, and Dave Johnston’s Faith- Based Diplomacy Trumping Realpolitik another.

2. What characterizes all books with sensible implementable solutions is one word: INTEGRITY. When politics, intelligence, or commerce lose their integrity, they become corrupt, and as I wrote in my January 2011 letter to The Most Holy Father, “corruption in the secular world is an obstacle to spiritual harmony” and later in the letter, “we need a faith-based global intelligence exchange.” To my enormous surprise, many months later the Vatican pumped out a declaration along these lines (search for Vatican, Ethics, & Truth).

3. There are in my view three “ground-zeros” today for anyone contemplating how to create a prosperous world at peace. The first is Palestine (remember Gandhi: “Palestine is to the Palestinians as France is to the French,”) and what has become an Israeli Zionist plague of genocide and other atrocities perpetrated against the Palestinian people against the wishes of moderate ethical Jews and all others who wish to see a prosperous safe Israel that is not a caricature of Nazi Germany in how it treats “the other.” The second is the global financial system that the Rothchilds and Goldman Sachs [and the Chinese-Indonesian gold masters] have managed to dominate to the point of its–and our–near-death experience. I am a huge fan of Truth & Reconciliation and seek no retrospective vengeance, but it is time for the Rothchilds and Goldman Sachs to go out of business and be absent from the affairs of men. The third is water. I have reviewed twelve books on water here at Amazon and for UNESCO, any my essay containing all reviews can be found by searching for Reference: WATER-Soul of the Earth, Mirror of Our Collective Souls.

Slams Left for Unilaterally Disarming and Fearing its Compassionate Side,
March 29, 2006
Michael Lerner
I have little patience for one and two line reviews that praise (or condemn) a book without any substantive evidence that the book was actually read. My reviews are summative and evaluative, and this is a book that merits careful reading and carefully articulated reviews.

The author provides an absolutely top-notch discussion of how the extreme religious right was able to align with the corporate and media right to seize power and sideline the much larger middle class population. At one point the author notes that the wealthy can afford to be sanctimonious, they can afford to get their abortions in other countries. The book subtitle could be modified to say “from the Religious Right and the Immoral Politicians and Corporate Magnates that Bribed Them.”

The book is most valuable for providing a common sense indictment of the Democratic leadership, labeling them corrupt and ignorant for thinking that they can only win by being “Right Lite” and failing to distinguish the Loving Left from the Rich and Religious Right.

Especially helpful to me was the author’s detailed discussion of how the Left went “secular” after the 1960’s, that brief moment when a critical mass of America believed that “love not war” was in fact the right guiding principle. He points out how the elite intellectual left estranged itself from the labor left while also being secularly scornful of the religious left.

He praises Martin Luther King and the original civil rights movement that welcomed white support as embodying all that was good about spiritually-bonded social activism.

He goes on to note that in later years, as black activists excluded whites, feminists excluded men and alienated normal moms, and anti-war and environmental activists became angry and critical rather than loving and embracive, it all went down hill. The Left disintegrated as a socially and politically relevant force.

Among his strongest points is his assertion that the Left has “unilaterally disarmed” and given up its most powerful weapon, a spiritual vision of a world in which the Golden Rule prevails, and America stands for morality, generosity, and non-intrusive nurturing.

He lambastes the Left for being afraid of its softer feminine side, fearing to appear weak when that strong feminism or the generous side is precisely what is required to confront the radical “rational” right (rational in this case means de-humanizing, for people are treated as “trade goods” not as humans with spiritual and minimal mandatory quality of life needs). Indeed, the author cites Kant’s statement that true rationality must be universalized, i.e. American “exceptionalism” is NOT rational, simply imposed.

Other books have talked about the need to add environmental and social bottom lines to the economic bottom line; this author integrates those ideas here.

His bottom line is that love and kindness and championing both a spiritual vision and the primacy of human rights and dignity are an intangible value that should not be restricted to church or family, but should characterize all aspects of the economy and the political decision process.

He demands–and I buy into this completely–that the Left, armed with faith (not nutty faith, but community-oriented faith) must refuse to accept the “collateral damage” that comes from predatory immoral capitalism or unilateral imperialist militarism.

He touches on the difference between science and scientism; the latter devoid of any sense of the humanities or faith (see my review of E. O. Wilson’s Consilience for that great author’s discussion of why the sciences need the humanities).

A few unique observations from the author before summarizing his public policy goals:

1) Bill Clinton got it, Hillary Clinton tried it as a spouse and abandoned it as a Senator (why she will not win as a Presidential or Vice Presidential candidate), and Al Gore, ubber secularist, never got it at all. Left unsaid, but clear to me, is that Senator John Edwards does get it, and his current focus on poverty is perfectly matched to this book’s vision for a caring new left that is embrasive of the bottom and the center.

2) Marx had more spiritual wisdom in his early writings than most people realize, and was originally founded in a moral revulsion against the costs of capitalism on the commoditization of humans (see my review of Lionel Tiger, Manufacture of Evil: Ethics, Evolution, and the Industrial System). Where Marx went wrong, and where the post World War II Left went wrong, was in secularizing itself and failing to use religious faith as a catalyst and sustaining element for activism.

The author ends with some very specific prescriptions that I consider to be sensible, implantable, affordable, essential, and-and-contrary to those reviewers who demean the author-to be a absolutely vital to those seeking to restore balance and sanity to this country in the 2006 and 2008 elections. Any candidate who fails to integrate this book and its vision into their campaign is going to be fighting blind in one eye, with at least one arm tied behind their back. The varied covenants, the separation of church, state, and science (see my review of the The Republican War on Science), the Global Marshall Plan, the Nonviolent Peace Force, these are all ideas that are validated by just about every one of the 600+ books on national security that I have reviewed for Amazon these past six years.

The author ends on a reflective note, stating that no candidate, no elected President, can achieve the needed change on their own. There must be a considerable body of public opinion that stands up and demands the change, that holds the Wall Street and Enrons and Exxons of the world accountable, that holds Congress accountable for bribery and holds Dick Cheney accountable for lying and for no-bid multi-billion awards to Halliburton.

See Conspiracy of Fools: A True Story and Vice: Dick Cheney and the Hijacking of the American Presidency

While there are other books that are meaning to me with respect to the future of this country, this is the one single book that I do not believe can be ignored by any candidate hoping to restore democracy and morality to America.

On the failure of fundamentalist religion, see
American Fascists: The Christian Right and the War On America
American Theocracy: The Peril and Politics of Radical Religion, Oil, and Borrowed Money in the 21stCentury