The SDA cyber reference library offers a comprehensive list of important documents, white papers and papers on cyber-security to be updated regularly.

Will Germany Kill the Goose that Laid the Golden Egg?

Since the middle of the 19th Century, the central questions in European politics have been been have been the closely connected questions of nationalism and the rise of German power.  As my good friend and eminent historian Gabriel Kolko shows in the brilliant essay attached below, the post war solutions of NATO and the European Union, together with the exigencies of the Cold War, put these questions on hold, but their fundamentals remained, sleeping beneath the surface, and today, the conflicting questions of nationalism and German power are again coming to the fore to create ominous problems for Europe and the world.
There can be no question that, until 2007 or so, the European Union — particularly the opening of borders, the free flow of labour and capital, the disappearance of tariffs, and diminution of non-tariff trade restrictions, etc. combined to make life better for the mass of average Europeans.  Standards of living rose steeply and social services improved in parallel.  This was particularly evident in the poorer EU countries on the southern rim.  I saw and experienced this astounding improvement in the quality of life on a very personal level, living on a sailboat in southern Europe since the summer of 2005.  I will never forget the comment made to me by an Italian psychologist in Calabria in 2006, which is the heart of the provincial south of Italy, “It is a great time to be a European.” To be sure, he was an educated member of the upper middle class, and not representative of the average Calabrian, but it struck me that this Calabrian saw himself as a European.  It was not very long ago, that such a person would only loosely consider himself to be an Italian, not to mention a European.
END_OF_DOCUMENT_TOKEN_TO_BE_REPLACED 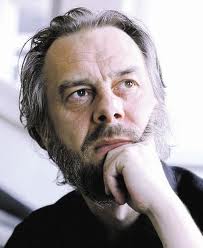 Bojan Radej is a methodologist in social research from Ljubljana. Master degree in macroeconomics, University of Ljubljana – Faculty of Economics (1993). Professional Experience Record: Governmental Institute of Macroeconomic Analysis and Development (1987-04; under-secretary to the government), areas of work: sustainable development (1998-04), chief manager of the modelling department (1993-5); initiator and the first editor of Slovenian Economic Mirror (1995-8); Co-Editor of IB journal (2001-04). Chairman of Slovenian Evaluation Society (2008-).

Below the line: abstracts and links.

END_OF_DOCUMENT_TOKEN_TO_BE_REPLACED

This is a first empirical study on maritime terrorism based on a German piracy databank.

Phi Beta Iota:  This is an extraordinary document, 997 pages in length, going back deeply into history and including contextual history for Texas, big oil, and US corruption generally.  It would benefit from visualization.

WHY OCCUPY WALL STREET MUST INCLUDE DEMAND FOR HONEST, OBSERVABLY COUNTED, UNRIGGED ELECTIONS

Too many critical parts of our electoral process are controlled by private partisan corporations. The counting of our votes is now controlled by these corporations’ software inside computerized “black boxes” – entirely in secret.

Evidence leaves little doubt that computerized election rigging is now rampant in the US and that We The People are consistently being “represented” by candidates we did not elect.

It is a huge part of how the 1% maintains control

How can we hope to achieve any of the many demands for change with the ballot box rigged to thwart them?

DOWN THE RABBIT HOLE WITH DEMOCRACY AND THREE URGENT PLEAS