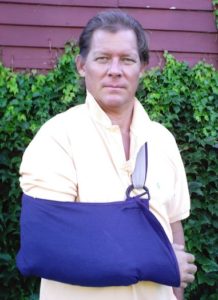 Christopher Bollyn is a US citizen and journalist famed for his “solving 9/11” work. He has been crowd-stalked by Zionists and assaulted by Zionists on his private property in front of his family, subsequently convicted by a Zionist-controlled judge for “resisting arrest.” He is in many ways emblematic of both the open mindedness that makes America great, and the vulnerability of single individuals who dare to challenge the Zionist monsters occupying the United States of America.

END_OF_DOCUMENT_TOKEN_TO_BE_REPLACED

Christopher Lee Bollyn
5.0 out of 5 stars 6 Star Starting Point for National Counterintelligence Outing of Zionist Traitors in US Government and Industry, April 29, 2012

I hate electronic books for many reasons, including being an old guy that still thinks in hand – eye – brain terms, so let me start by saying this is the first e-book that for me has been a pleasure to read. Plenty of white space, clearly separated chapter, a great inter-spersal of photographs, and finally — my most important touch point — really superb sources at the end of each chapter, with many of them actively linked.

As the #1 Amazon reviewer for non-fiction, reading in 98 categories, I read a lot — over 30 books (with a leavening of DVDs) on 9/11, but to put that in context, that is just 0.016 of my reading in the last decade. Do not for a moment think of me as a conspiracy theorist or anti-Semite. I am an intelligence professional, with integrity.

This particular book, unlike all the others I have read in relation to 9/11, does four things no other book has done:

01) Connects the dots of all the dual Israeli-US citizens in the US Government and US commercial circles (mostly in NYC) that were active participants in the 9/11 false flag operation. The role of the owners of the 81st floor and the massive bank of “batteries” that were never used but are precisely where the airlines hit, impressed me.

02) Integrates, for the first time, the history of Israeli false flag operations, the 1980 recognition by Israel that an attack on NYC and specifically against the tallest building in NYC whatever that might be, and the total complex context of 9/11 as both a catalyst for forcing the USA into a “war on terror” and a cover-up for the most massive financial crimes in history, including a special role for AIG and its specifically-identified Zionist leadership.

03) Introduces me for the first time to the facts about the Estonia that the Swedish government evidently covered up–it was carrying Russian contraband to Estonia, and two explosions blew off the front loading doors, dropping the ferry and 800 Swedes into a point almost halfway between Estonia and Sweden, as planned in a previous exercise. The author also covers NATO, the NATO presence that night, and the confounding combination of NATO being “asleep” the whole time, with the outage of the regional telephone networks for the duration.

04) Clarifies the depth of Israeli involvement in the drug trade — not just laundering the money in NYC and elsewhere, but actively nurturing the drug trade and drugs toward the US in particular — as a budget item. What comes out clearly is that Israel is not just bribing the US Congress, controlling the US White House, and castrating US intelligence and counterintelligence, but that Israel is using the USA as a two-track piggy bank — stealing all that it can from the US Treasury (Goldman Sachs provides the Secretary of the Treasury), while earning all that it can from running drugs into the US with the active collaboration of elements of the US Government and the Texas crime families including the Bush Cartel.

For some time I have been concerned about US false flag operations and corruption within the US government and US commercial circles. Although I have from time to time recognized that Israel treats the USA as a “shicksa” (as in gentile girls don’t count, they are “fair game before and after marriage to a Jewish princess”), and I have been as outraged as any at the USS Liberty–the point at which I realized Israel is actually the enemy of the USA, a parasitic animal sucking the life out of the USA–I must say that this book moves me to place Israel and American citizens who are more loyal to Israel than to the Republic and the Constitution, in first place as the primary target for the emerging national counterintelligence network.

For years I have been talking about the need for religious counterintelligence. Originally I was concerned about Mormon penetration of the CIA and FBI, and with Mitt Romney being rumored to be the banker for at least one major drug cartel, one has to ask, when do we stop being an Idiot Nation? Then my focus shifted to Opus Dei, which has done quite well in US Navy circles and elsewhere. It is only in the past ten years, with the USS Liberty, the USS Cole (almost certainly another Israeli false flag operation), 9/11, and then a series of truly idiotic plots including the underpants bomber and the print cartridges on UPS, that I have realized that apart from political and appointed officials committing treason every day, Israel is the #1 enemy of the United States of America.

This is not anti-Semite. We are all Jewish in one way or another, and I have had the operation. This is about a Zionist cabal in Israel marrying up with the neo-con and rabid-Christian cabals in the USA, leveraging the global drug and arms trade to do evil to others all in the sake of saving Israel. The atrocities against the Palestinians, and the walls that out-do Hitler (there is one excellent picture of an Israeli wall with watchtower, three times higher than any prison wall), in combination with all that Israel and its embedded traitors have done to undermine the US and UK and to disgrace us all while stealing from us all, bring me to the line. ENOUGH.

I ran for President in the USA, accepted by the Reform Party as a candidate, for two reasons: 1) to put in one place (BigBatUSA.org) the four core ideas necessary if we are to restore the rule of law in the US; and 2) to be able to write to all other presidential candidates urging them to unite with Occupy, the Tea Party, Independents, and one another (six of the eight parties in the USA are treated as if they were shicksa Palestinians–of no account, access blocked) to restore the integrity of the electoral process, to create a coalition cabinet and a balanced budget, and to present America with a legal, ethical, non-violent revolutionary choice. I failed. From Ron Paul to Dennis Kucinich to Jill Stein, Buddy Roemer, Rocky Anderson–I reached all of them and all of them were, to the man, egotistical selfish deer in the headlights candidates, playing their own personal game with no thought of how to actually rescue America.

Zionist Israel (not Jews) is a cancer. I am glad to see the Arab dictatorships begin to fall, they are as responsible as Israel and the USA for the plight of the Palestinians, but Israel is hypocritical — it has cut deals with every dictator on the planet — as has the US — to its own ends. In a nutshell, the era of government Of, By, and For We the People is over. Governments have failed to maintain their integrity. We the People now need to create public intelligence in the public interest; to engage in massive non-violent tax revolts; and to begin using open source information to empower hybrid networks that route around corrupt governments, corrupt banks, corrupt media, corrupt universities, corrupt religions, corrupt labor unions–and reconstitution society from the bottom up. George Soros to his credit has finally recognized the Enlightenment Fallacy. I now recognize the Israeli Terror.

At Phi Beta Iota the Public Intelligence Blog, halfway down the middle column, you can find a single link to all of my 9/11 reviews, all leading back to Amazon, but please do not stop there. I am the proponent for the third era of national intelligence, the era of Smart Nations, World Brain, Global Game, and connecting all people to all information in all languages all the time — only such a tsunami of public consciousness will overcome the evil that is done in our name and at our expense. I am optimistic.

The Attack on the Liberty: The Untold Story of Israel’s Deadly 1967 Assault on a U.S. Spy Ship
They Dare to Speak Out: People and Institutions Confront Israel’s Lobby
The Israel Lobby and U.S. Foreign Policy
Robert Maxwell, Israel’s Superspy: The Life and Murder of a Media Mogul
Palestine: Peace Not Apartheid
9/11 Synthetic Terror: Made in USA, Fourth Edition
Crossing the Rubicon: The Decline of the American Empire at the End of the Age of Oil
Rule by Secrecy: The Hidden History That Connects the Trilateral Commission, the Freemasons, and the Great Pyramids
Nonzero: The Logic of Human Destiny
Integral Consciousness and the Future of Evolution

Robert Steele
ON INTELLIGENCE: Spies and Secrecy in an Open World (and eight other books)

James M. Wall: United Methodists To Boycott US Companies Selling to Israel in Support of Genocide and Atrocities Against Palestinians?