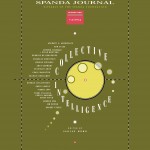 All Articles Individually Below the Line

END_OF_DOCUMENT_TOKEN_TO_BE_REPLACED

HowardRheingold
For my book in progress on social media literacies, I talked to Pierre Lévy about his specialty, collective intelligence.

Twitter not all that popular among teenagers, report finds

“I don’t know a single person who uses Twitter,” says Samara Fantie, 17, of Gaithersburg, who added that with so many of her friends on Facebook, Twitter seems beside the point.

Fantie listed its drawbacks, saying it appears to be less secure, more public and too condensed. “Teenagers like to talk, and 140 characters is just not enough,” she said. Facebook “does everything Twitter offers, only it’s better. It would be like going backwards.”

Blogging is slowly becoming the domain of adults, as a recent Pew study shows more teens abandoning the medium for social networks.

The study, conducted by the Pew Research Center’s Internet & American Life Project, showed a decline in the number of teens who say they blog, from 28 percent in 2006 to 18 percent in 2009, when the study was conducted. Just 52 percent comment on their friends’ blogs, versus 76 percent three years ago.

By contrast, the survey found that about 10 percent of adults maintain a blog, a figure that has remained unchanged.

Phi Beta Iota: We appear to be in an interregnum, with some very serious perople such as Pierre Levy and Jeff Jarvis seeing the enormous potential of Twitter, while the run of the mill “crowd” may be bored.  Our view: Twitter is a game changer in part because geospatial location and identity are embedded, it is both mobile and real-time, and back office trends and aggregation and clustering can be attached.  Something really cool is happening, and Pew missed it.

END_OF_DOCUMENT_TOKEN_TO_BE_REPLACED

Getting started on Twitter is like walking into a crowded room blindfolded: you know there’s somebody out there, but you’re not quite sure who they are, where they are, or why you should care.

After digging deeper, I started to see patterns in the way information was traveling, and in the connections between the people I was following. Based on those observations, this is my current opinion:

Granted, there is a TON of noise. I’m not suggesting that Twitter is a utopia where it’s possible to get 100% pure relevant content to what you want to know all the time. BUT, there is a tremendous wealth of information and human capital out there that is certainly worth exploring. Businesses are finding it’s useful for interacting with customers and gauging public opinion, educators are collaborating with one another and integrating it into their “personal learning networks (PLNs),” and individuals are using it to find out more about specific interest areas.

I read a piece recently by Howard Rheingold titled Twitter Literacy, in which he said:

Twitter is not a community, but its an ecology in which communities can emerge.

Phi Beta Iota: Tip of the hat to  Who’s Who in Collective Intelligence: Pierre Levy for the tip-off.  As Haiti demonstrated recently, Twitter was the only intelligence-communications system that worked in the first hours and days, followed by texting.  The US Embassy and CIA fired blanks.  See Journal: Haiti Rolling Directory from 12 January 2010.

Golda vs. Goldstone: A Cultural Evolution of Getting Away With Murder

The date when the United States became Israel’s unquestioning benefactor can the fixed with precision: June 8, 1967, the fourth day of the six-day 1967 Arab-Israeli War.

It was on this day that Israel’s air and naval forces attacked the USS Liberty, killing 34 US Navy sailors, in what is still the worst loss of naval personnel due to hostile fire since the end of WWII.  It was on this day that the Johnson Administration aborted a rescue mission in the process of being mounted by aircraft of the US Navy’s 6th Fleet.  With the cooperation of the US Congress, the Johnson Administration put into motion a series of responses and non-responses that cumulatively resulted a complete whitewash any serious investigation into the question of whether not Israel deliberately chose to attack a neutral US naval vessel sailing in international waters, 14 miles off the Sinai Peninsula.  To date, the Liberty incident is the only major naval disaster that has not precipitated an in-depth investigation by the US Congress.

END_OF_DOCUMENT_TOKEN_TO_BE_REPLACED

Professor Levy is Canada Research Chair in Collective Intelligence at the University of Ottawa.  The interview took place 12 January 2007 and was shortened somewhat and also updated by Professor Lévy on 10 November 2007.


George Pór is an advisor to leaders in international business and government. Former Senior Research Fellow at INSEAD, currently he is a PrimaVera Research Fellow in Collective Intelligence at Universiteit van Amsterdam

There are some gems in this book, but it is *not* anywhere near the kind of blindingly brilliant, deeply philosophical work that the publicists would have you believe. He is a talented and very wealthy (inherited wealth) Frenchman of the Jewish faith who could be called the Bill Gates of French philosophy, fwith irst-rate marketing.

The author is clearly a courageous and inquisitive individual, and I would rank him third, after Robert Young Pelton and Robert Kaplan, in the “journalist-philosopher-adventurer” category. He has been to all of these places, he has seen with his own eyes, and he writes thoughtfully, if often tediously, about what he has seen.

The real gem in the book is the connection he makes between 9-11 and our deliberate ignorance of the many wars, genocides, crimes against women and children, torture, corruption, etcetera that we in the West have manifested. He writes with conviction and insight about the “meaningless war” across Africa, South Asia, around the globe, where entire regions have descended into a chaotic hell of kill and be killed, work and die, slavery or death, rape then death. His point, which I like very much, is that history does not end, it recycles, and in 9-11 and the global war on terrorism what we have is a “homecoming” of all these wars to America and its Western allies.

This is not, however, completely original, in the sense that the “Map of World Conflict & Human Rights” that I have been handing out to my adult students (thanks to Berto Jongman in The Netherlands for creating it, and to the European Centre for Conflict Prevention and Goals for Americans Foundation, among others, for funding its creation) ably documents all of this is a single compelling document, and many books in the 490+ that I have reviewed cover all aspects of these “ungovernable regions” in great detail.

The author is half absurd and half correct when he condemns the United Nations for its zealous pursuit of Israel as a racist and terrorist state, while the United Nations largely ignores the many genocides taking place from Russia and China to Indonesia and Brazil and Central America and onwards. He is absurd on the first count, correct on the second.

The book is fully worth four stars, definitely worth purchasing, for its articulation of a European view on “the heart of darkness” as it exists today. I was especially taken with his discussion of Buddhist versus Hindu terrorism and extremism and the use of child soldiers in Sri Lanka, since it makes the point that other religions, not just Islam and Christianity, spawn cycles of terrorism and ethnic violence.

The book concludes on a note worthy of the greatest philosophers, a reflection on the death of memory within Western civilization, the death of *moral* memory. Having just returned from Denver, where I was privileged to observe a two-week Office of Personnel Management course on National Security, a first-class endeavor, I was struck by the recurring theme, across virtually all of the world-class lecturers: “morality matters.” Morality has a tangible value in helping nations, organizations, and individuals “get it right.” The last two pages of the book are the best, and conjure up clear and frightening pictures of billions of dispossessed swarming over the European and US cities, bringing the despair we have ignored to our doorstep. Ignore history, ignore evil, and it will eventually, inevitably, come to your doorstep. We–or perhaps even more sadly, our children and grandchildren–will pay for our moral cowardice and our historical blindness. In these final reflections, the author does demonstrate a brilliance that requires us to attend to his future reflections.

More recent books supportive of this author’s insights:
Legacy of Ashes: The History of the CIA
Web of Deceit: The History of Western Complicity in Iraq, from Churchill to Kennedy to George W. Bush
The Looming Tower: Al Qaeda and the Road to 9/11 (Vintage)
9/11 Synthetic Terror: Made in USA, Fourth Edition
The Sorrows of Empire: Militarism, Secrecy, and the End of the Republic (The American Empire Project)
The Fifty-Year Wound: How America’s Cold War Victory Has Shaped Our World
War Is a Racket: The Anti-War Classic by America’s Most Decorated General, Two Other Anti=Interventionist Tracts, and Photographs from the Horror of It
Blood Money: Wasted Billions, Lost Lives, and Corporate Greed in Iraq
Rumsfeld: His Rise, Fall, and Catastrophic Legacy