An update on the tensions growing in Ukraine since my article  March 2021 #2 Oil, NATO, America & Russia. Here are some new events in the recent days.

In my opinion, if these reports are accurate, especially the last one, there will shortly be open war in Ukraine. The Kirsh Bridge is Russia’s access to their navel fleet at Sevastopol and there is no way they will give that up.

Ukraine is not a member of NATO.

In my opinion, this looks like the Nazi/Khazarian elements of NATO attempting to start WW III. I am not an expert on the NATO charter, but I would think they would be in clear violation getting into war defending a non-NATO member. Would that be considered treason for any United States military officer to be involved, especially considering they went to war without congressional approval?

Recall what I wrote in my last article – “I remind the readers that Russia now has a nuclear deterrent policy which allows Putin to use atomic weapons in response to a conventional strike targeting the nation’s critical government and military infrastructure – link.”

Do you think that the Russian Fleet stationed at Sevastopol and their access to it would be considered  “critical government and military infrastructure”?

Add in that Russian now has an unstoppable nuclear Poseidon torpedo with a 5,000 mile range (across the Atlantic) that can create a 500 ft tsunami to take out either an aircraft carrier group or a coastal city – Link. Not a good time to invest in NYC, London, nor Tel Aviv real-estate.

Also keep in mind that March 20, 2021 a Russian Kilo-class (nuclear) Submarine has “Disappeared” off the Coasts of Lebanon/Israel – link. NATO and Israel can not find it – Oops!

We are happy to introduce Robert David Steele as a new contributor to Defence and Intelligence.

Original post in Norway — safety copy below the fold.

END_OF_DOCUMENT_TOKEN_TO_BE_REPLACED

Part I in the Reinventing the US Army monograph series.

This is the author’s preliminary draft of the first of three monographs focused on the future of the US Army as  an expeditionary force in a complex world that is rapidly decentralizing while also facing major development challenges. A revised draft is provide at DOC below but the online full-text version has not been updated.

Full Text with Graphics Below the Fold (Links Added)

Seriously. NATO Transformation Command, based in Norfolk, Virginia and previously known as Supreme Allied Command, Atlantic, wants to crowd-source the future. They have a strategic foresight initiative that is hot right now, and anyone can sign up to have an account and express their views on Economics, Environment, Technology, and more. These are serious people with good intentions. Got brain? Take it for a drive at the Innovation Hub. Right now. This stage CLOSES on 23 June. Contributors get to join in the video discussion 24-26 June 2015. The possibility of personal thank you letters is being discussed. Do this.  Now.  Please. http://innovationhub-act.org/

My preliminary contributions to the NATO Strategic Foresight Online Workshop. I have no appointment or connection to NATO or the Transformation Command. This workshop is open to the public without restriction.

END_OF_DOCUMENT_TOKEN_TO_BE_REPLACED 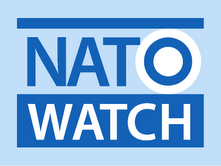 1. Can NATO’s defence gap be bridged?
2. Why such slow progress on NATO support for Libya?
3. Are NATO and Russia going to cooperate to help eliminate Syrian chemical weapons
4. Where absolute secrecy prevails – absolutely [nuclear weapons in Europe and Turkey]

This report provides a broad overview of the contribution of the Islamic Republic of Iran to reconstruction and development in Afghanistan since the fall of the Taliban. It complements previous CFC reports discussing the role of China, India and Pakistan in Afghanistan’s reconstruction, development and exploitation of natural resources. Related information is available at www.cimicweb.org.

Iran has been an active player in Afghanistan‟s reconstruction and development since the fall of the Taliban in 2001, with the Afghan government frequently lauding Iran for its assistance to the country. For instance, in June 2013, Afghan Foreign Ministry spokesman Janan Mosazai praised Iran as “a very good neighbour”, while stressing a need for expansion of ties and cooperation between the two countries. Similarly, in February 2013, Afghan Foreign Minister Zalmai Rassoul hailed Iran‟s positive role in the reconstruction of Afghanistan.  While this report primarily focuses on reconstruction and development – related projects, it is useful to situate these within a broader context of Iran‟s regional economic objectives and its foreign policy toward Afghanistan.  As noted by Ellen Laipson of the Stimson Center, Iran would prefer to see Afghanistan
emerge from decades of conflict as “a more reliable trading partner, transit route, and competent state that can [reduce] the flow of drugs and refugees across its border, [as well as ] prevent non-state actors from operating on its territory”.   These factors, among others, have guided Iran‟s reconstruction and development efforts in the country.