Ref B:   Warner to Clapper on PRT Comms

Earth Intelligence Network “One Call At a Time”

What an interesting search, thank you.  Here are some links that came up in a broader search that we import to Phi Beta Iota with a tip of the hat to the anonymous searcher.

Unlike Facebook, whose builders strive to make it an ever more organized social network, Twitter seems to thrive on being a jumble. It is an egalitarian sort of mess: Twitter does not sort its users into categories, does not tag some as celebrities, does not map out who does lunch with whom in the real world. You and Shaquille O’Neal are Twitter equals, only he has an extra 2.8 million followers.

There is also a Web site, Listorious listorious.com where volunteers publish personally chosen lists of posters to follow based on specific themes. But it is hit or miss. The Best of Photography list is a sharp collection of 29 eye-catching feeds, but Tech News People is a pile of 499 journalists for you to sort through.

So, how do you figure out who to follow? Start with a sweeping generalization: Twitter users can be grouped into different categories. For each, there is an automated site somewhere that lets you follow the genre without having to find and follow dozens, or even hundreds, of individual Twitter streams.

Phi Beta Iota: This article provides an extraordinary bridge to the future, when Twitter could become the real-time feed for inputs easily sorted in an infinite number of “back offices” that remix the information by threat, policy, player, and zip code.  The difference between Google and Twitter is that Twitter empowers the end-user, Google ravages the end user (intellectually and metaphorically speaking).

“Experimental Geography” is both the title of a mind-expanding exhibition and a term coined by contemporary artist/geographer/activist Trevor Paglen, who will speak tomorrow at Carnegie Mellon University.

If a geographer informs us about the land that we move within, or study from afar, an experimental geographer considers that land from the creative vantage point of an artist.

“In a manner that deploys aesthetics, ambiguity, poetry and a dash of empiricism,” the exhibition text explains. 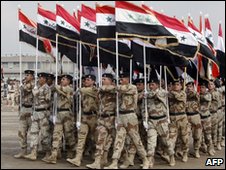 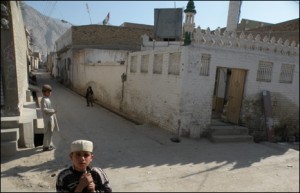 US audit attacks Iraq police dea: A watchdog has accused the US state department of grossly mismanaging the oversight of a $2.5bn (£1.5bn) contract for training Iraq’s police force.

On the trail of the Taliban in Quetta

Gates Strikes out In Pakistan; Obama’s AfPak Policies in Disarray

As Nokia takes on Google with turn-by-turn voice navigation on select smartphones, the worst nightmares of GPS device makers are coming true.

Nokia and Google are both using free GPS applications as a lure to their products. That means they’re competing, which means those free applications will get better. As that happens, it’ll be harder for TomTom, Garmin and Magellan to make their paid software or hardware seem attractive.

Already, Nokia claims to have one-upped Google in the crucial area of pre-loaded maps. While Google Maps Navigation requires a data connection, Ovi Maps uses a combination of pre-loaded and online maps, but can load directions even in a dead zone. When it does need to load information, Nokia says it’s more efficient than Google’s application, requiring only 200 KB of data over a 12-mile stretch of road compared with 2 MB for an Android phone.

END_OF_DOCUMENT_TOKEN_TO_BE_REPLACED

1)  US Intelligence Community does not actually “know” where Iran is on nuclear, where Yemen is on Al Qaeda, where the Taliban is on Afghanistan….the list is long.

2)   CIA and DoJ ares out of control on assessments and investigations–or they are consistently politicized.  One or the other, which is it?

3)  Terrorism is still the crutch for those unable or unwilling to comprehend Grand Strategy and a more mature appreciation for all of the threats, all of the policies, all of the information, all of the time.  The USA remains government by uninformed sound-bite.

4)  India matters, so we are told, as a recipient of expensive U.S. war-fighting technology and as a partner against terrorism.  Never mind the deeply shared problem of poverty in America and India, a problem quickly addressable by the redirection of a fraction of the Pentagon budget toward “peaceful preventive measures.”

Herewith, then, is an all-inclusive guide to the scandal of the New Black Panther Party voter-intimidation case, based largely on documents unearthed by The Washington Times, along with other original reporting – and why it is important:

The FBI illegally collected more than 2,000 U.S. telephone call records between 2002 and 2006 by invoking terrorism emergencies that did not exist or simply persuading phone companies to provide records, according to internal bureau memos and interviews. FBI officials issued approvals after the fact to justify their actions.

The Christmas Day episode highlights three critical points.   First is how much progress U.S. intelligence has made.    . . .  Second, the Christmas Day plot demonstrates that much of what passes for security is a waste of time and money.   . . .  Third, the public furor over the foiled plot shows that more perspective on terrorism is essential.

Rep. Peter Hoekstra, Michigan Republican and ranking member of the House Permanent Select Committee on Intelligence, said in an interview that “they wrote a political document in 2007 to embarrass President Bush which everyone uniformly agrees was a piece of trash.”

Forward, Together (Robert Gates in Times of India
That said, there are still more opportunities for closer cooperation that will allow us to share technology and increase the flow of information and expertise.    . . .   Perhaps the greatest common challenge India and the United States face is terrorism.

Four militants also were killed, including two suicide bombers who detonated their explosives, and Afghan forces were searching several other areas in the city for more attackers, a government spokesman said.

It was the biggest attack in the capital since 28 October when gunmen with automatic weapons and suicide vests stormed a guest house used by U.N. staff, killing at least 11 people including three U.N. staff.

The attack coincided with the investiture of those Cabinet members in the Karzai government who had been confirmed by the Parliament. A majority of his choices have been rejected twice.

Below the Fold Complete NIGHTWATCH on Afghanistan