END_OF_DOCUMENT_TOKEN_TO_BE_REPLACED

Breaking news Lord James of Blackheath has spoken in the House of Lords holding evidence of three transactions of 5 Trillion each and a transaction of 750,000 metric tonnes of gold and has called for an investigation.

I think there are three possible conclusions that may come from it. I think there may have been a massive piece of money laundering committed by a major government which ought to know better and that it has effectively undermined the integrity of the British bank the Royal Bank of Scotland, in doing so. The second alternative is that a major American department has an agency that has gone rogue on it because it has been wound up and has created a structure out of which they are seeking to get at least 50 billion Euros as a payoff. And the third possibility is that this is an extraordinarily elaborate fraud which has not been carried out but which has been prepared in order to provide a threat to one government or more if they don’t pay them off. So there are three possibilities and this all needs a very urgent review.

In this interview, Ellis Martin speaks with Jim Sinclair about the “positive employment outlook” reported by the government and the media and the exuberance associated with it. Where do these numbers come from? Mr. Sinclair also has compelling advice for the listener regarding how to protect oneself from the ultimate endgame related to Quantitative Easing and the decline of the dollar. What is China’s direct influence or input in QE 3? Is it in their best interests to prop up the dollar and the US economy? How relevent is the Yuan? Listen to another unedited interview.

If you have any money and you want to understand the lies that “your” government tells you with statistics, subscribe to John Williams shadowstats.com.

John Williams is the best and utterly truthful statistician that we the people have.

The charts below come from John Williams Hyperinflation Report, January 25, 2012. The commentary is supplied by me.

Here is the chart of real average weekly earnings deflated by the US government’s own measure of inflation, which as I pointed out in my recent column, Economics Lesson 1, understates true inflation.

This chart (below) shows the behavior of inflation as measured by “our” government’s official measure, CPI-U (bottom line) and John Williams measure which uses the official methodology of when I was Assistant Secretary of the US Treasury. The gap between the top and bottom lines represents the amount of money that was due to Social Security recipients and others whose income was indexed to inflation that was diverted by the government to wars, police state, and bankers’ bailouts.

The recent drop in the Swiss franc is due to the Swiss government announcing that the country’s exports could not tolerate any further run up in the franc’s value, and that the Swiss central bank would print new francs to accommodate future inflows of dollars and euros. In other words, Switzerland was forced to import US inflation in order to protect its exports.

Here is nonfarm payroll employment. As you can see, the US economy has been in recession for four years despite the easiest monetary policy and largest government deficits in US history.

Here is consumer confidence. Do you see a recovery despite all the recovery hype from politicians and the financial media?

Here is housing starts. Do you see a recovery?

Here is real GDP deflated according to the methodology used when I was in the US Treasury.

Here is real retail sales deflated by the traditional, as contrasted with the current, substitution-based, measure of inflation.

These graphs courtesy of John Williams make it completely clear that there is no economic recovery. In place of recovery, we have hype from politicians, Wall Street, and the presstitute media. The “recovery” is no more real than Iraqi “weapons of mass destruction” or Iranian “nukes” or the Obama regime’s phony story of assassinating last year an undefended Osama bin Laden, allegedly the mastermind of Islamic terrorism, left by al Qaeda to the mercy of a US Seal team, a man who was widely reported to have died from renal failure in December 2001, a man who denied any responsibility for 9/11.

A government and media that will deceive you about simple things such as inflation, unemployment, and GDP growth, will lie to you about everything.

Phi Beta Iota:  Here is the paraphrase as reported previously, from Ellen Seidman, former member of the National Economic Council:

CIA reports only focus on foreign economic conditions. They don’t do domestic economic conditions and so I cannot get a strategic analysis that compares and contrasts strengths and weaknesses of the industries I am responsible for. On the other hand, Treasury, Commerce, and the Fed are terrible at the business of intelligence — they don’t know how to produce intelligence.[1]

When you add a lack of integrity across the board to basic incompetence on the part of both consumers and producers of intelligence, you end up with lies that neither patriotic nor helpful.

[1] Seidman was speaking to the Open Source Lunch Club on January 1, 1994. Her observations were subsequently reported in OSS Notices 94001 dated February 21, 1994

Europe:  Updates. In an interview with a French daily on 25 December, International Monetary Fund (IMF) Managing Director Christine Lagarde stressed that Europe’s financial crisis is turning into “a crisis of confidence in public debt and the solidity of the financial system.

Greece: According to an IMF source involved in discussions with Greece, the situation in Athens is “deteriorating” and “a further 10-15 billion euros ($13.1-19.6 billion) still needs to be found.” Banks may be asked to agree to write off 65 % instead of 50% of Greece’s debt.

France: The French National Institute for Statistics and Economic Studies (INSEE) said on 26 December that there were 29,000 new job seekers “without any occupation” in November, up 1.1% over October. The year-on-year increase reached 5.2%. In total, 2,844,800 people did not have any occupation, the highest such figure since November 1999.

An economist at the French Observatory of Economic Conditions speculated that France’s unemployment rate — which currently stands at 9.3% — will reach 10.7% by the end of 2012, and predicted that Paris will not succeed in bringing the deficit down to 3% of GDP by 2013.

Spain: At a news conference on 26 December, Spanish Economy Minister Luis De Guindos said that the Spanish economy had suffered a “relapse” and would record negative growth in the fourth quarter of 2011. De Guindos warned that “the next two months are not going to be easy, neither from a growth nor a jobs point of view.”

Comment: According to the Financial Times and multiple economists the fate of the euro depends on what happens in Italy. This week Italy intends to auction bonds worth Euros 20 billion. The market reaction to the auction will be an important indicator of whether the central bankers have found a way to stabilize the financial crisis, or have just made it worse.

All analysts of European economics predict a recession in 2012. They differ only about how severe it will be. In an integrated global economy, the ripple effects from Europe will drag the US and the Chinese economies, among all others.

Phi Beta Iota:  Christine Lagarde, perhaps because she is a woman with a smaller ego and larger intuition than most men, appears to be the first Epoch A leader to “get” that we are all calling into question the very existence of the Western financial system that is rooted in fraud, waste, and abuse.  When she begins to point to Iceland as an example, and to demand that Western countries arrest and try Goldman Sachs, Morgan, Citi-Bank, Bank of America, and other officials for high crimes against the public, the healing can begin.  Until then, the West is avoiding the fundamentals.

Mini-Me: Iceland Breaks the Back of Western Banking

Michel Bauwens: Human Evolution – Who Are We Becoming?

We are going to move from denial to realization.  Physical world events will drive the process of realization. The primary trend is between stability and instability. We are moving from a multi-class system running from Super Elite to Unperson into a model of have’s and have-nots, the unpersons. Labor has become a problem because less than 500 million are involved in life support activities thereby leaving more than 7 billion people very vulnerable to dependency (and treated as expendable containers). We are watching a redistribution process bound towards divestiture as more people become unpersons. Destruction of paper assets, debt collapse, bank failure, and war are all part of the redistribution process. With more unpeople, it becomes easier to reduce population through death and abuse. Our current economic structure has at least six trajectories of support; the physical world, human capital, transportation, technology, rule of law,and money. 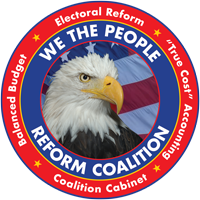