Ralph Nader debunks a major myth about the Internet: the assumption that government and important public information is accessible or easily so. As he shows, in many cases, not so at all:

“Information technology (IT), now the supplier of millions of jobs, does not have its own value-based imperative. The power structure is very selective about what this technology can access so as to keep the power in its concentrating corporate and governmental hands. For an example, you need only look to how franticly government agencies react when whistleblowers like Chelsea Manning and Edward Snowden tear aside the curtains and reveal widespread mischief or criminal activity.

Consider a sample of what a selective information age keeps away from our fingertips, away from the Cloud, and away from your smartphones:

END_OF_DOCUMENT_TOKEN_TO_BE_REPLACED

Something has changed in the culture and values of academic science over the last quarter-century. University science is now entangled with entrepreneurship, and researchers with a commercial interest are caught in an ethical quandary. How can an academic scientist honor knowledge for its own sake, while also using knowledge as a means to generate wealth? Science in the Private Interest investigates the trends and effects of modern, commercialized academic science. This book dives unhesitatingly into some of modern science’s messiest and most urgent questions. How did scientists begin choosing proprietary gain over the pursuit of knowledge? What effects have academic-corporate partnerships had on the quality and integrity of science? And, most importantly, how does this affect the public?

From The New England Journal of Medicine

END_OF_DOCUMENT_TOKEN_TO_BE_REPLACED 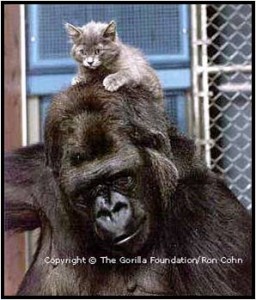 Koko Signs:  All that’s needed now is the convergence of Independents, the Day of Rage and Freedom Plaza mobs, a revitalized labor movement, all centered on Electora Reform, a Coalition Cabinet, and the cancelling of corporate charters for any corporation screwing the public – and of course the repeal of “corporate personality.”

Michael Tracey, who wrote about restrictive teen-driving laws in the June issue of Reason, catches up with the consumer crusader for The American Conservative:

Looking ahead to the 2012 presidential race, one might assume that Nader has little to be cheerful about.

Yet he says there is one candidate who sticks out—who even gives him hope: Rep. Ron Paul of Texas. […]

“Look at the latitude,” Nader says, referring to the potential for cooperation between libertarians and the left. “Military budget, foreign wars, empire, Patriot Act, corporate welfare—for starters. When you add those all up, that’s a foundational convergence. Progressives should do so good.”

The Foreclosure Game Tricks and Traps in the Fine Print

This time the big banks and mortgage servicing companies, with their long, one-sided fine print contracts, may have outsmarted themselves. The newspaper headlines and the network television news are blazing news of the erupting fraudulent foreclosure process. This long-overdue coverage is generating public visibility and suddenly hundreds of thousands of foreclosures may be questioned due to what one commentator delicately called “flawed paperwork.”

That is a euphemism for fraudulently executed contracts violative of state laws regarding home title changes. Read full article online….

A Gift to Newlyweds of Decency and Traditional Values,

This is an absolute gem of a book, and the PERFECT GIFT for newlyweds.

I read it in an afternoon, and I confess to it’s being a long afternoon of nagging dismay, as I reflected on how many of these lessons we have not taught our three cyber-era teenagers.

While very heavily leavened with autobiographical reflections, this absolutely beautiful, moral, intelligent, well-written book is a gift to us all. For many of us it is too late–if I were starting over my kids would be banned from computers much of the time, and I would have refused the grandparents gifts of a personal TV to each child.

Bottom line: this is a keep-sake book with an enormous amount of common sense and tranditional values with none of the pontifical sanctimony usually found in such books. This is a first rate piece of work and reflection, ably presented in elegant language, and the absolutely perfect gift for all newlyweds you know. Buy ten copies. This kind of decency does not come available very often.

on Cover Above to Buy or Read Other Reviews,

I Respond to Comments Here or There

“Must Read” Indictment of Both Major Parties,
July 31, 2002
Ralph Nader
I was among those who thought Ralph Nader was a “spoiler” and deprived Al Gore of the election. After reading this book, I now realize that Nader is correct-the major premise of his book is that both the Democratic and Republican parties have become so corrupt and so removed from citizen interests as to be identically disqualified from putting forward viable candidates for the future. He puts forth a vision for a new democracy in which the citizens take back the power and demand that third party candidates be allowed to join the Presidential debates and be heard by America.Some will accuse Nader of name-dropping and self-aggrandizing in this book, but that is an unfair charge. He has dedicated 40 years of his life to a quest for fairness in American life. As I went through the book and reflected on his very early efforts on everything from women’s rights to product safety to the environment I could not help thinking that the breadth and substance of his accomplishments make the Democratic and Republican candidates look like Johnny-come-latelys who are also bluffing snake oil salesmen. This guy is “the real deal.”

I recommend that two books be read prior to reading this one: Halstead & Lind’s “The Radical Center: The Future of American Politics” and Ray & Anderson’s “The Cultural Creatives: How 50 Million People are Changing the World”. Two other books could add useful underpinnings to the points Nader makes that I summarize below: Lewis’ “LOSERS: The Road to Everyplace but the White House” which immortalizes citizen-businessman Morry Taylor (the “Grizz”); and Williamson’s “IMAGINE: What America Could be in the 21st Century.”

A few points about Nader’s book that I hope will dispel all the negative reviews and demonstrate that this is required reading:

1) This is the only book that addresses the totality of the challenges and threats to America in a sensible balanced way, without platitudes and upon a foundation of fact.

2) This is the only book representing the new political paradigm in which the citizen-voters take back the power by wiping out the ability of corporations to buy politicians.

3) This is the only book that thoughtfully and convincingly demonstrates that the Democrats have morphed into shadow Republicans, and both parties have completely lost their ethical and popular foundation.

4) This is the only book that bluntly confronts the fact that we get the government we deserve–democracy is hard work and demands citizen time and thought.

5) Among the useful details that should outrage and mobilize citizens, and all according to Nader:

a) the Commission on Presidential Debates is a fraud perpetrated upon the public–it is a wholly-owned subsidiary of the Democratic and Republic parties created explicitly to displace the more honest League of Women Voters and to bar third party candidates from being visible to America in the crucial Presidential debates.

b) there is an incestuous relationship between the media, the polls (most funded by the media) and the Presidential debate and public policy process.

c) global threats are not well-understood by Americans, and a major effort spanning the next generation must be undertaken to restore global or foreign affairs and foreign trade understanding to the public.

d) public budgets are neither public nor honest. They are massively distorted with a “proliferating array of taxpayer subsidies, giveaways, and bailouts (known as corporate welfare) to corporations.” A recurring theme in Nader’s book, based on factual legally-viable documentation, is the manner in which corporations are looting the commonwealth with the active connivance of our elected officials. The people need to wise up.

e) the Internet has *not* has the anticipated leveling effect of bringing out citizen-voters to take back the power and stop corporate socialism.

f) the non-profit organizations and popular organizations (e.g. the Sierra Club, the AFL-CIO) consistently misrepresent their members by choosing the “lesser of two evils” in the two traditionalist corporate candidates, not realizing that a) a lesser evil is still evil and b) their members are smart enough to consider third party alternatives and could–if enough such organizations banded together, cause a third party to be instantly visible as a mainstream alternative.

g) the public commonwealth (the airwaves, land, water, etc.) has been taken away from the people. It is time to get it back and demand, as one small example, that those using the airwaves granted by the public provide for free political time for all viable candidates, ending the advertising rip-off that also deprives the people of clear access to all competing views.

h) community building from the neighborhood up is the place to start. We need to focus on empowering and exciting the young people and building a cadre of volunteer civic activists that will sustain progressive public interests for the decades to come.

I would make one personal observation that was inspired by reading this book: I do not believe that any one President, from any party, is viable as a “one click” choice for leading America. In my view, the next President should not be elected without two fundamental changes in how we elect Presidents: 1) instant run-off voting must be enacted, allowing second choice votes to play a role if a third party candidate is not elected (while qualifying the third party for funding in future elections based on the first choice vote); and 2) Cabinets must be announced in advance of the election and be the focus of at least one Presidential debate including at least three but ideally four parties. It is time for a third party candidate to pull together a Cabinet that includes the best choice for key posts irrespective of parties, and specifically including the Pat Buchanan’s, Sam Nunns, Colin Powells, and key others like Ross Perot, Morry Taylor, even Jello Biafra (as new Minister of Culture!).

This is really a superb book, in the tradition the Committees of Correspondence that helped bring about the American revolution, and I recommend it to all.