AidData attempts to capture the universe of development finance and foreign aid, increase the value of data by providing more descriptive information about development activities, provide data in an accessible format, and strengthen efforts to improve donor and recipient strategic planning and coordination. The PLAID Project — the predecessor to AidData — benefits from significant support given by the Bill & Melinda Gates Foundation, the Hewlett Foundation, Richard and Judy Finch, and the National Science Foundation. PLAID is a partnership of the College of William and Mary and Brigham Young University. Its successor, AidData, is a merger of PLAID and the Development Gateway's Accessible Information on Development Activities (AiDA) Additionally, our work would not be possible without the institutional support of the College of William and Mary, Brigham Young University, and the Development Gateway Foundation.

The AidData team is committed to building an easy-to-use, comprehensive, and timely resource describing the universe of development finance project-by-project, including all grants and loans committed by all major bilateral and multilateral aid donors. We currently have the most comprehensive database on development finance, but have plenty of additional work to do. Better data will help increase aid targeting and coordination, and it will enable better measurement and evaluation of aid effectiveness. AidData is currently developing a publicly-accessible interface that will enable researchers, field workers, and policy makers interested in development finance to access detailed project level data in order to increase transparency, accountability, and effectiveness.

Berlin 7th July 2010 – Can civilization implement solutions fast enough to keep ahead of the looming challenges? The Millennium Project, a global independent think tank of futurologists, and thought leaders, today published its 14th report on global perspectives in Germany and around the world. Until two years ago the report showed a positive trend in the so-called “State of the Future Index” (SOFI). Triggered by the financial and economic crises and the failure of the climate conference in Copenhagen, the current SOFI shows that the prospects of success in solving some major global challenges have become somewhat clouded.

What the authors see as lacking the most, according to Jerome Glenn,
Director of the Millennium Project, are a serried of serious global
strategies to be implemented by governments, companies, NGOs, UN
institutions and other international bodies.” The world is in a race between
implementing ever-increasing ways to improve the human condition and the
seemingly ever-increasing complexity and scale of global problems. After 14
years of research into the future within the framework of the Millennium
Project it is increasingly clear that the world has the necessary capacity
to cope with its problems. However, it remains unclear whether humankind
will make the right decisions on the scale necessary to meet the global
challenges appropriately”, said Glenn.

Among the regular sections in the ninety page ‘State of the Future' report
are the annually updated analyses of the fifteen key global challenges, as
well as the publication of the State of the Future Index (SOFI). The index
identifies areas in which there has been either an improvement or
deterioration during the past 20 years and creates projections for these
scenarios over the coming decade. All relevant and recognised studies by the
UN or World Bank are distilled as part of these projections.

On individual results of the State of the Future Index:

Where We Are Winning
END_OF_DOCUMENT_TOKEN_TO_BE_REPLACED

Stop Conflict. Save lives. 40 per cent of conflicts will restart within 10 years of a peace treaty being signed. 90 per cent of the people who die in those conflicts are not armed forces, but civilians, many of them children. We need to stop these conflicts from restarting, to stop people from dying. Peace Direct funds local peace-builders to build lasting peace.
Our vision is a world where the work and knowledge of local peace-builders is central to all strategies for managing conflict. Our mission is to fund local people who are working for peace in their communities. It makes sense to act before a conflict leads to a full blown humanitarian crisis, and to do that we need to listen to the local people who are there on the ground and can see the warning signs.

Insight on Conflict is Peace Direct’s resource on local peace-builders in conflict areas.
You’ll find information on how

Thanks to the Global Peace Index Twitter feed for this resource. Also see the Inst for War & Peace Reporting.

Related (yet not):
Food4Peace – Conflict Kitchen
(only serves cuisine from countries that the United States is in conflict with) 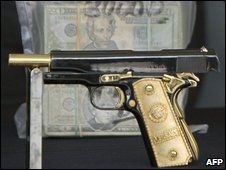 Adequacy of Aid.  Foreign Food Aid Trickles Into Haiti's Black Market (New York Times, 4 Feb 10). PORT-AU-PRINCE (Reuters) – Blocks from where U.S. and U.N. soldiers distribute sacks of rice to Haitian women in earthquake-shattered Port-au-Prince, street vendors are openly selling rice by the cup from bags stamped with U.S. flags.   . . .   For two weeks, the World Food Program will give out only rice, deciding later whether to add other staples like beans, cooking oil and salt.  Phi Beta Iota: This is nuts.  We should be carpet bombing this place with ALL possible survival ratios to the point that no one has to buy anything for the next 90 days.  Idiocy and lack of imagination.

Adequacy of Aid:  Already Bad Health Situation in Haiti Has Gotten Worse – It’s Aftershock (Health Kut 29 Jan 10). For years Haiti has had to deal with inferior medical care and various health concerns. The earthquake that has recently impacted the country has made conditions worse for the country and is likely to end up causing a new series of medical concerns. These concerns are ones that could end up killing hundreds of thousands of people who didn’t die right after the earthquake.  Phi Beta Iota: We agree with this, and forecast it within a week of the disaster that the US has now turned into a catastrophe.

Adequacy of Aid.  Wickham: A short attention span won't save Haiti (Towntalk Canada, 2 Feb 10). To help Haiti recover, the U.S. has to help it rebuild Port-au-Prince, the capital city that was leveled by the 7.0 magnitude earthquake. The U.S. also has to help rebuild the country's shattered economy. “In 30 seconds Haiti lost 60 percent of its GDP,” Haitian Prime Minister Jean-Max Bellerive said during the day-long meeting.  It's estimated it will take at least 10 years and $3 billion to rebuild Haiti – and probably a lot more time and money to help shed its identity as the American hemisphere's poorest county.  Phi Beta Iota: Haiti is already old news and back-burner, We’re simply not serious, if we were, USG would mandate a pooling of all donations, publish a day to day spending bill, and show planned spending for public comment 90 days out.

END_OF_DOCUMENT_TOKEN_TO_BE_REPLACED

ROME — The head of a U.N. food agency expressed regret Wednesday that an anti-hunger summit failed to result in precise promises of funding, and critics said the meeting had only thrown crumbs to the world's 1 billion people without enough to eat.

END_OF_DOCUMENT_TOKEN_TO_BE_REPLACED

Assuming there is no fraud among the buyers and sellers in a market exchange, Caveat Emptor — the principle that the buyer alone is responsible for determining the quality and suitablity of goods or services before a purchase is made — is the cornerstone of free market ideology.  Implicit in this belief is the necessary albeit patently absurd condition in economic price theory that reliable information is freely available to the all the parties and potential parties to an economic exchange.  After all, if information were truly free, the data processing and data-free manipulation industry of the post industrial society and its contemporary successor, the post-information era (an era synthesized by the petri dish of Pentagon, but now acculturated by the media and Wall Street), would be a non sequiturs.  Today, for example, we have an economy where advertisers can profitably invest large sums of money in subliminally marketing their wares on reality TV, an invention to dumb down people, and make them more vulnerable to the subliminal marketing techniques they are being subjected to by conditioning viewers to substitute vicarious fantasy for realty.
END_OF_DOCUMENT_TOKEN_TO_BE_REPLACED