Here are 2 key quotes from the book:

END_OF_DOCUMENT_TOKEN_TO_BE_REPLACED 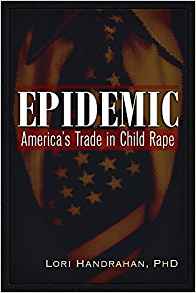 I am a Commissioner on the treaty-mandated Judicial Commission of Inquiry into Human Trafficking and Child Sex Abuse.  I was not able to get the Commission to drop the Sex word because it is too limiting. Child abuse includes not only kidnapping and slavery and sex as well as physical abuse, but also torture, ritual murder, casual murder, and the harvesting of child blood, bone marrow, and body parts. This is the first book I have found that does three things:

END_OF_DOCUMENT_TOKEN_TO_BE_REPLACED

5.0 out of 5 starsTruth as Fiction — an Indictment of the Obama Administration as Trump Prepares to Take Down the Deep State

I read this book in galley form after Steven asked me to when we shot a documentary together in Thailand in May 2017, and it was my great privilege to not only be able to work with him directly, but also with best-selling author and US Marshall Tom Morrissey, of Arizona, offering a few thoughts from my time as a clandestine case officer (spy) working the Latin American terrorist – cartel target and my time in Washington working the inter-agency enemies of the Constitution target.

END_OF_DOCUMENT_TOKEN_TO_BE_REPLACED

I met the author of this book in Norway, when he interviewed me for Ny Tid (Modern Times) in relation to my nomination for the Nobel Peace Prize, an interview that is on YouTube in multiple channels. I absolutely respect his combination of intelligence and integrity, and in any hearing that pits him against the Deep State, I would absolutely believe him and challenge the Deep State. This is his manifesto.

At 479 pages, with a fourteen page table of contents (Kindle users will love this, it is the deepest most specific table of contents I have ever seen in a business, economics, ethics, libertarian, or political book), this book is both a bargain at cost per page and a brilliant provocation with brain-bombs left and right.

God Bless Donald Trump — for all of Trump’s failings as he rolls over and plays dead for the Deep State (with a reported promise of no less than $20B for playing his role) — we are indebted to Donald Trump for doing in 120 days what so many of us, including the Libertarian Party of which I am a member, have failed to do in a quarter century: made the Deep State a topic of common conversation. The mainstream “fake news” media can no longer repress this topic, it is mainstream.

END_OF_DOCUMENT_TOKEN_TO_BE_REPLACED

Absolutely Recommended, Some Flaws, But Many Illustrations and an Easy Read, September 29, 2016

I rate this book as a solid five because it is a very important collection of insights — including a buried but all important indictment of Saudi Arabian Wahhabism and Western Imperialism as the true roots of ISIS. The graphics are so exceptional that I urge the author to offer this book in Kindle form where color graphics and the easy jumps from picture to brief test to picture will make this book twice as valuable as its present form limited to black and white photos.

There is absolutely no question about the author’s erudition or integrity. This is a man deeply steeped — as an observing Westerner — in Arabic culture, history, and language; in the political-economic history of the region; in the role of Islam as the foundation and the glue for society and the Islamic economy; and in the contributing factors including the US invasion of Iraq and the US dismantling of the Sunni officer corps in Iraq leading to ISIS. A solid five on intent and substance.