Creating a Smart Nation–and a World Brain–demands the participation of all of the people all of the time.

END_OF_DOCUMENT_TOKEN_TO_BE_REPLACED

Phi Beta Iota: We reproduce the excerpt in order to add links to all of the books and individuals mentioned.  Tip of the Hat to Reality Sandwich for this offering, and to Evolver Editions (North Atlantic/Random House) for their new Manifesto series in support of human consciousness and planetary synthesis.

Noosphere: The Next Stage in the Evolution of Human Consciousness, A Testimony

To mark the recent passing of José Argüelles, we offer an excerpt from his upcoming book Manifesto for the Noosphere: The Next Stage in the Evolution of Human Consciousness, available from Evolver Editions/North Atlantic Books in October 2011.

We must enlarge our approach to encompass the formation taking place before our eyes … of a particular biological entity such as has never existed on earth-the growth, outside and above the biosphere, of an added planetary layer, an envelope of thinking substance, to which, for the sake of convenience and symmetry, I have given the name of the Noosphere. –Pierre Teilhard de Chardin, The Future of Man

Manifesto for the Noosphere is the result of forty years of study, contemplation, investigation, and synthesis. While the noosphere may be beyond the grasp of conventional science, it is a deep and pervasive intuition that has gripped the minds of scientists, philosophers, poets, and artists since the concept first emerged in 1926. It is an evolutionary concept posited by studies in both biogeochemistry and paleontology. It is a whole-systems paradigm that melds prophecy and analysis of current world trends. It is a perception that the transformation of the biosphere is inevitably leading to a new geological epoch and evolutionary cycle, and it is due to the impact of human thought on the environment that this new era — the Noosphere — is dawning.

END_OF_DOCUMENT_TOKEN_TO_BE_REPLACED 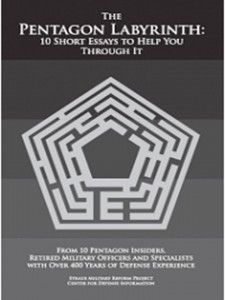 END_OF_DOCUMENT_TOKEN_TO_BE_REPLACED

An Idea Worth Spreading: The Future is Networks

This weekend I experienced a snowcrash; a moment where the seemingly disparate pieces of information floating in my head came together. A synapse fired, a new connection was made, and I was brought to a new level of consciousness, a new way of seeing the world. In reading this over, it almost sounds obvious, but it took me a while to get here. I hope that by sharing with you, it’ll help you “get it” too. So let me take you on my thinking trail.

How to Communicate if the US Government Shuts down the Internet

A Metathinking Manifesto [Who’s the Architect?]

END_OF_DOCUMENT_TOKEN_TO_BE_REPLACED

Solar-powered OpenBTS systems costs pennies a day and operates in the farthest outreaches of Earth.

Today I bring you a story that has it all: a solar-powered, low-cost, open source cellular network that’s revolutionizing coverage in underprivileged and off-grid spots. It uses VoIP yet works with existing cell phones. It has pedigreed founders. Best of all, it is part of the sex, drugs and art collectively known as Burning Man. Where do you want me to begin?

“We make GSM look like a wireless access point. We make it that simple,” describes one of the project’s three founders, Glenn Edens.

The technology starts with the “they-said-it-couldn’t-be-done” open source software, OpenBTS. OpenBTS is built on Linux and distributed via the AGPLv3 license. When used with a software-defined radio such as the Universal Software Radio Peripheral (USRP), it presents a GSM air interface (“Um”) to any standard GSM cell phone, with no modification whatsoever required of the phone. It uses open source Asterisk VoIP software as the PBX to connect calls, though it can be used with other soft switches, too. (More stats in a minute that I promise will blow away your inner network engineer.)

Direct to Source (If Still Up); Full Story Back-Up Copy Below This Line

END_OF_DOCUMENT_TOKEN_TO_BE_REPLACED

by John Robb of Global Guerrillas

For an open source revolt (here’s some background on “open source insurgency“) to be successfully formed, it needs a plausible promise.  A meta issue around which all of the different factions etc. can form (remember, most of the groups and individuals involved in an open source revolt can’t agree on anything but some basic concepts).  A generic “day of revolt” doesn’t accomplish that. What could?

Using the multi-million scale No Mas FARC protests as an example and the critical ingredient in the Tunisian protests (extreme corruption that generated an endless wellspring of anger/frustration), a potential “plausible promise” for an Egyptian open source revolt is:

Not only is a movement opposing corruption something the government will find hard to oppose, it is something every Egyptian deals with on a daily basis.  It also has the added benefit of directly harming the entrenched ruling elite, who are likely to become poster children of the very thing the movement is against.

Open Source Insurgency in Now Mainstream, So What’s Next?

Reference: On WikiLeaks and Government Secrecy + RECAP on Secrecy as Fraud, Waste, & Abuse

On Need to Know, we do a lot of reporting about the world’s problems. But we’re premiering a new series about people coming up with creative solutions — it’s called “Agents of Change.”

Click on title to read short intro and option to view video….

Samasource–microwork (small digital tasks that can be done on an inexpensive computers).

15% premium for socially-conscious companies, AND competitive on cost, quality, and turnaround time.

Small scale digital tasks did not exist before.

Transforming lives, especially women, young men, and refugees.  $5 a day is very much better than local norms, and buys an active English-speaking brain with hands able to do quality work.

IMPORTANT:  Developing world is out-pacing USA and West generally in extending Internet infrastructure to the poor–centers created, humans come in, also doing viewing (Gorgon Stare, take note!), creating logs of store videos on shopper buying habits, anything that can be noticed and logged by a human–$5 a day.

Phi Beta Iota: We could not, in a million years, have found a better “off-set” to the USAF Gorgon Stare program.  This micro-tasking, combining human brains and hands with Internet access, is one of  the most profoundly intelligent and socio-economically useful ideas we have seen in our lifetimes (there are 800 of us here).  BRAVO.